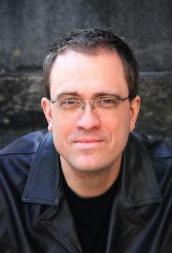 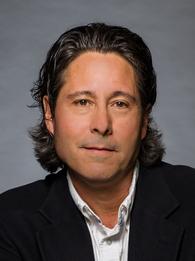 Steven James is the critically-acclaimed author of seventeen novels. He’s a contributing editor to Writer’s Digest and the author of the groundbreaking book Story Trumps Structure and the guidebook used by thousands of novelists, Troubleshooting Your Novel—both from Writer’s Digest Books.

Steven earned a Master’s Degree in Storytelling from ETSU in 1997 and is an active member of International Thriller Writers, the Authors Guild, and International Association of Crime Writers. He has taught writing and storytelling principles around the world, and is a regular keynote speaker and workshop teacher at premier writing conferences and retreats nationwide.

After consulting with a former undercover FBI agent and doing extensive research on cybercrimes, Steven wrote his latest thriller, EVERY CROOKED PATH—a taut, twist-filled page turner that is available now wherever books are sold.

In 2010, Steven developed the Novel Writing Intensive Retreats to provide a concentrated time of study and feedback for fiction writers of all levels.

He lives in the foothills of the Appalachian Mountains of Tennessee. When he's not writing or speaking, he's trail running, playing disc golf, or slipping away to a matinee.

He is also the author of several stand-alone novels including The 7th Canon, Damage Control, and the literary novel, The Extraordinary Life of Sam Hell - Suspense Magazine’s 2018 Book of the Year, for which Dugoni’s narration won an AudioFile Earphones Award; as well as the nonfiction exposé The Cyanide Canary, a Washington Post Best Book of the Year.

Several of his novels have been optioned for movies and television series.

Dugoni is the recipient of the Nancy Pearl Award for Fiction and the Friends of Mystery Spotted Owl Award for best novel set in the Pacific Northwest.

He is also a two-time finalist for the International Thriller Award, the Harper Lee Prize for Legal Fiction, the Silver Falchion Award for mystery, and the Mystery Writers of America Edgar Award.

Robert Dugoni’s books are sold in more than twenty-five countries and have been translated into more than two dozen languages.